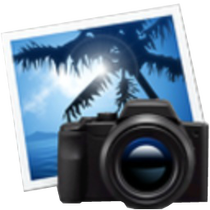 Exclusive offer inside this giveaway

Ashampoo Burning Studio is the complete suite for all burning projects on CD, DVD and Blu-ray Disk in full HD. Special upgrade price for GOTD users - only $19.99 instead of the regular price ($49.99).

The Good
* Straightforward and easy to use.
* Allows users to create EXE or HTML menus.
* Menus are fully customizable by the user, from the background image to the content on the menu to the buttons and everything in between.
* Menus can be multi-paged.
* Can burn menus directly onto CD/DVDs, be placed directly onto a thumb/flash drive or external hard drive, and be saved into a folder on the computer for manual transfer.

The Bad
* Doesn't allow for retrofitting menus onto already existing thumb/flash drives or external hard drives (or re-writable CD/DVDs).
* Not very well suited to work with the anti-autorun.inf culture.
* Splash screen background images only be .JPG, .PNG, and .BMP files - no .GIF support.

During installation they have pre-checked boxes to make Ashampoo your default search engine, homepage and something else I can't remember. These can be unchecked.
You must click on a button during installation to get the full license. That takes you to their site where you must enter an email address, and then a link is sent to that email address.
Once you click on that link emailed to you, you are taken to their site again and asked to join their newsletters which is optional. You then click a button to have the key sent to you. They key will then be displayed on that page as well as being sent to your email.

It's worth jumping through the hoops although I was disappointed at the end of the installation to learn this is not the premium version.

You will see this offer at the end of the installation:
http://www.freepichosting.com/share/328643-ashampoo.png

No big deal as this is still a great tool as described by reviewer #1.

I'm gonna sound like I work for somebody here for saying all this...

This program Installed and ran fine in Windows 7 64 bit tonight. Tested it a little, everything seems to work well. The interface is very simple. I wanted to make my Dad an autoplay disk with some stuff a few months ago, and the free tools I found were awful, so I don't know of a good alternative, but Ashraf is always a good source in that area.

Ashampoo as a company is great - in the past I was aprehensive about registering - They have my keys for my products stored with my account (including this free one in case I need to install it again) NONE of the others do that for us that I can think of, it's usually a one-shot install. So I happily registered an account with them long ago, and I have never regreted it. Now any free or paid product goes on my account list - Thumbs up.

When I first installed a GAOTD version of Ashampoo Burning Studio a long time ago, they got me to change my homepage during install which really irritated people here bad. But they have so many positives it just didn't bother me at all, and I felt compelled to leave it - so I didn't change it back.

That's right, Ashampoo Search by Conduit (powered by Google) is my Homepage, and I use the search. You may say I'm crazy, and I posted this last time we seen Ashampoo here
- they can have my homepage, they're that good (it's just a simple Google page you can always change it back, or type in your own yahoo, google, ect.)

Did they do it again with this?

#6: "Good Morning! I am NOT being facitious, but, what would you do with this?"

Traditionally, Dianne, autoplay menu setups have been used for software install discs, for [usually touch screen] kiosks providing stuff like visitor information at places like tourist attractions, for [often employee] training/learning discs, they might be used for retail in-store job application PCs, they're useful for sales demos & presentations, they can be handy for non-DVD movies, they're sometimes used on DVDs to provide PC-only content & interactivity [not as popular today, it's how you add hyperlinks to a DVD, inserting a DVD player in a web page], and/or in general any time you want/need a menu system to guide the viewer & present information, whether it's on a disc, USB stick, or hard drive... Think of almost anything you've seen on the web, & you can present it this way without needing on-line access -- it may be less of a headache to setup & maintain, is more secure, & it provides an amount of control in a work or school setting since unlike the web or some intranets, viewers are *stuck* in the program you set up, without the possibility of getting sidetracked.

At 1st thought it might seem a no-brainer to just set things up the same way you normally would on the web instead of creating a special program, but very often on a CD/DVD/USB stick you can't... To start with, browsers like Internet Explorer won't work with a lot of CD/DVD/USB stick content without giving the browser special authorization, which the user may not have permission to do in a work or school setting, & is a bother regardless that many people won't fool with. Other problems come from not knowing what the user has installed (including what versions), where it's located on their hard drives etc., & there aren't many methods available to you to find out from a CD/DVD/USB stick. Those problems are especially acute when it comes to playing video. Using an application instead of web pages also makes sense when you consider that most people have autorun turned off nowadays, & so have learned to double click the .exe file on something like a software install disc -- many don't have any idea what to do when presented with .htm/.html files, especially more than 1, plus the many small (often image) files that web pages use eat up space on a USB stick at a surprising rate [they take up *Much* more space than the same files on a hard drive].

That said, if/when you want to use web pages the Opera browser can work well, & has a Kiosk mode so you can set it up & include it with the rest of your content. Video can use Flash, or you can include the VLC player which can also do video DVDs, and has a playlist setup that you can use to control what the viewer sees to some extent. You can also use portable apps. The portableapps.com menu player has it's own autorun setup [it can run whatever portable app when the menu program starts], &/or you could use its pop-up menu to give viewers/users a heads-up on where to start, choices on what to do etc. While we're used to seeing Flash banners, video, & games, Flash Shockwave once had a lock on the market for CD autoplay programs, & still works well. Demoshield is another company that at one time had loads of marketshare, & for pro work with lots of flexibility there's also IndigoRose, which has been around for years with apps like its Autoplay Menu Studio http://goo.gl/RzRr .

Of course Ashampoo's MyAutoplay Menu isn't going to go head-to-head with pro apps costing hundreds of dollars, but you might use it to add something -- to do more than just stick a bunch of files on a CD/DVD/USB stick & expect whomever to know what to do with them.

Just wanted to say: I have several Ashampoo products and they have never changed my home page. I don't receive spam from them. I do get an occasional notification of available upgrades - something I am glad to get.

Shuffles
Shuffles is designed and created to keep your messages private.
$7.99 ➞ kostenlos