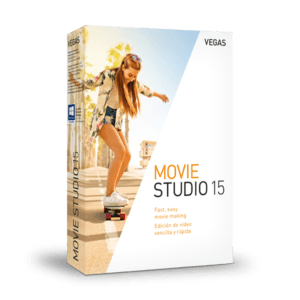 GIMP
Developed by The GIMP Team

Sweet Home 3D
Import 3D objects and decide where to place them in the 3D model.

Try this but is only for XP users with licence and is free and you can introduce recording with your voice: http://www.microsoft.com/windowsxp/using/digitalphotography/PhotoStory/default.mspx

The Good
* Straightforward and fairly easy to use.
* Supports (at least) .JPG, .PNG. and .BMP images.
* You can add audio/sound (at least .MP3, .WMA, .WAV) to your images before turning them into movies.
* You can output as .MP4, .AVI, .WMV, .3GP, and .MPG (MPEG-2).
* Has various different output "profiles" for electronic devices such as iPod, iPhone, Zen player, Zune, etc.
* You can make basic edits to images from within the program such as crop, rotate, add text, etc.
* You can trim audio files you add from within the program.
* Comes with quite a few "styles" (pre-set photo transition times, effects, and other eye candy related to how your output video will look).
* You can download many, many extra free "styles".
* You can use multiple different "styles" for one video.
* You can preview what your output video will look like before you create it.

The Bad
* Developer not very clear on which photo and audio formats are supported.
* Doesn't support .GIF images.
* Doesn't support .OGG or .AAC audio formats.
* Lacking support to output as .FLV video.
* No way to modify "style" settings such as photo transition times.
* Each "style" has a defined limit on the max/min photos allowed.
* Program window is not resizeable (only fully maximize or default size).
* Can be a little bit slow in creating videos.

Installation Guide
1. Unzip the package you've downloaded in GAOTD;
2. Run the activation program Activate.exe in the package AT FIRST;
3. THEN run Setup.exe in the package to install the software.
P.S.: Vista users can follow the above steps to register the program as well, but it is recommended to run the program under administrator account.
Wondershare provides free online support for this giveaway. If you have questions about Photo Story Gold, please feel free to contact our technical support directly at Wondershare Support Center or Email us at: support_pt@wondershare.com
Wondershare has also released exclusive discounts only for GAOTD users today.
Get More info and Enjoy 50% Off Special Offer ONLY for GAOTD Users

Vista already has built in software that does this.
Windows XP has a free download Microsoft Photo Story.
Picassa also does the same thing.

A while ago I installed Wondershare's Photo Story Gold from GOTD... The file: "PhotoStory.exe" is version 3, dated 7/17/08 -- today it's version 3.4.2.0 . Using the app I didn't see any big difference, but in the program's Plugins folder there are additional encoding files from top tier company MainConcept [MainConcept encoders are used by *Very* expensive video apps from Adobe & Sony]. There's also a new folder called: "DecPlugins", with 33 files. An obvious guess, without a changelog, would be better decoding on import, better encoding of your finished project. Installing today's GOTD in a separate folder, the older version seems to work fine, but they both use some .ax files with the same names, & these are different -- since these .ax files are registered with Windows, running the older version will use the newer files. SO that's a big "Remove the prior version" peace of advice...

Photostory Gold works in a 3 step process... 1) you import your photos using the built-in explorer, optionally importing an audio track at the same time, using a button on the lower 1/3 of the window. 2) you click the Style button up top, bringing up 3 tabs with different transitions [use these between photos] you drag/drop on each photo. 3) Click the Create button, where you can preview your slide show, & encode to mp4, avi, wmv, 3gp, & mpg2. You can also do some minimal editing of your photos & audio track, mainly for length or timing -- I'd recommend having your photos in good shape first, using a regular image editor where you have many more capabilities.

Installation isn't bad, but it threw me for a loop when McAfee went after a few *Totally Unrelated* files during install -- for me a good reminder that coincidence does happen. Everything but the Start Menu shortcuts goes in the program folder with 346 files, 23 folders taking up ~94 MB. Photostory Gold's install doesn't trash the registry, & Activate.exe inserts the key.

As far as ratings go, if I was recommending slide-show software to a casual user /novice, this would be at or near the top of the short list. If the goal was to create Video DVDs with your slide-show(s), I'd suggest doing it in DVD Authoring software, where chances are they'll force you to obey the rules -- there are both tricks & limits that can take quite some time to learn, so software that forces you while doing it auto-magically is a big time saver. That said, the free DVD slideshow GUI you can pick up via videohelp.com seems Very popular. If you're after great transition FX, & loads of them, most Non Linear video Editors [NLE] -- even the lower end versions -- are usually jam packed... it doesn't take a ton of time for them to code, & they sell thousands & thousands of copies as soon as a novice get's a look at them. Caution, unless it comes with DVD software, putting your one-of-a-kind slide-show on DVD is *your* problem. [Note: a good DVD slide-show has buttons for manual controls -- won't get those by dragging/dropping your video into the app.]

Finally, If you want to watch your slide-show on a regular TV, Be very careful about aspect ratios. Your software *should* do any re-sizing for you, but not always, & not always correctly. Without some sort of resizing, photos on a DVD will either look too wide or too narrow, depending on PAL or NTSC std.s, *because of the DVD player*. They'll look too wide or narrow depending on your PC's video player, & whether it stretches height to balance or not.

GramSpacer For Instagram
GramSpacer allows you to create beautiful line breaks for Instagram captions, comments, and also in your IG bio.
$0.99 ➞ kostenlos

Ultimate Survival Manual
Start at the preparedness center where you can monitor disasters and preparedness management all over the USA.
$10.99 ➞ kostenlos