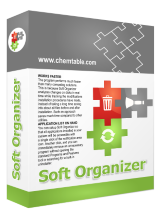 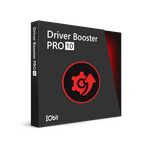 IObit Advanced SystemCare
Heal up your system and speed up your PC with the help of 25.

Soft Organizer has been offered here several times, the last one in May 2016:

As a software addict, I install/uninstall a lot, reason why I am a regular here and why a good uninstaller is indispensable to keep my OS fit. For that I have long relied mostly on the free portable version of Revo uninstaller, but I took the opportunity of a clean reinstall of Windows 10 in 2016 to install Soft Organizer first, then all my other software, so that they could all be traced with it.

Whenever you start installing a program, a pop up notification will ask if you want to trace changes with Soft O, but considering that the launch of Soft O is not always instantaneous (at least not on my PC) I am not 100% sure it starts the tracing before the new installation has effectively started. This is why I would rather recommend that, instead of double clicking the executable, you systematically right click it and, in the menu, chose "Run and trace with Soft Organizer". If you are as absent-minded as me, it might take you some time to get into the habit, but if you forget, there is always the pop up to remind you or you can abort the installation and start again.

An automatic update/upgrade (of Dropbox, Chrome etc. but apparently not W10) also triggers the pop up asking if I want to trace it, so, even if I don't bother to do so (I can't say "some other time, please, I am busy", and I don't plan to ever uninstall Dropbox or Chrome for good anyhow), at least I know it is happening as it is no longer completely silent.

Do not forget to open and close at least once the newly installed program before clicking the "End tracing" tab in Soft O, so that all changes can be traced. If the installation requires a reboot, ask Soft O to close. It will then tell you it has not finished the job and will ask if you want to keep on tracing changes in the background. Accept, then reboot and reopen Soft O first thing (to not give it the chance to trace changes in your system that have nothing to do with the new installation) and let it complete the tracing.

I was actually a little bit concerned that some changes occurring in the system during a new installation but unrelated to it, for instance an automatic Windows update, might be undone together with a subsequent uninstallation, causing problems. On another site, I had the opportunity to ask the dev', and that was his answer: "Soft Organizer's algorithm will filter most of the system entries not related to the traced program. Please note that in some cases, the extraneous entries may still appear in the tracing log, but they will be ignored when undoing the changes from that log. Despite this, it would be even better if you manually review the changes log upon its creation to ensure that no superfluous entries are appeared there." (Fine, but if I spot "superfluous entries" in the log, what can I do?)

Once, playing with a newly installed software, I forgot during a couple of hours that Soft O was still open, waiting for me to close that software and complete its tracing. After I endly dit it, Soft O said it had installed two new programs, including Dropbox (an automatic update). As the installation of the new soft and the Dropbox update were probably mingled in the tracing, to make sure I could uninstall my new software without unknowingly damaging my Dropbox I uninstalled/reinstalled them both with Soft O, and resync'ed my Dropbox. That's the only mishap I had, and it was my fault. And note that since then, one of the improvements brought by version 6.06 in february 2017, was, according to the changelog :"Fixing the several possible cases when the entries not related to the traced application are added to the traced changes."

For the menu, click the blue square top right.

Last (but not least) tip: Soft O hunts leftovers so relentlessly that (read my lips carefully, as I will say this only once, and not loud) after what I found out (by accident, of course!), it is capable of wiping off all (repeat: ALL) traces of programs, including certain trials with a time limit.

ouialaraison, nice review, You bring up an important point algorithms are fine and reduce the need for manual inteligent intervention but they do not remove the need for manual filtering by an educated inteligent entity. While it apparently provides a way to review the trace log it does not provide a way to dissapprove traced activity from other unrelated processes from being included in the chosen installations uninstall script, if that is so, maybe the developers could consider adding the user interface to allow that fine tuning or exposing the format of the uninstall database so we can edit / tweak the uninstallation scripts ourselves to choose what to keep and what to allow the removal of.

Installed it without problem. What? No registration needed?!

I didn't try it yet. One reason is that after setup, you have three choices to check (or not): Box 1: Launch Soft Org. ; Box 2: Enable functions requiring data transfer ; Box 3: What's new in this version.

Before checking the 2nd box, I read what's said under the link "What are these function." A small window pops up with two short paragraphs:

"To improve the deleted applications' leftofvers lookup function, the information about the registry keys, names of the files and folders that were left in the system after you uninstalled an application using this product WILL BE SENT OUT TO THE SERVER."

Next paragraph said: "To check for updates of the installed applications, their names, developer's names and version numbers ARE SENT OUT TO THE SERVER."

Now, what does that mean? Is this another tricky statement saying that you will send your installed info to www.chemtable.com servers, and they are keeping track of what we install-uninstall???

As I had some stuff I wanted to install I thought I'd give this a try. First of all the download was very fast, installation was a breeze and no registration required. The interface is nice clean and simple and uninstalling and finding residual files is fast. I've been using Revo Uninstaller but will consider using this instead.

Is it just me that thinks common sense dictates that we should have as direct as humanly possible a connection between the function of software and the name? Or am I just too conventional or what?

Crystal Cove
Swipe to move your triangle around the board.
$0.99 ➞ kostenlos

NaviTracker
Has all the features that any person involved with outdoor recreational or navigational activities would need.
$0.99 ➞ kostenlos

Video Compress·
Video Compress simply compresses your video to save up more storage space on your devices without reducing the quality.
$1.99 ➞ kostenlos

Moto Bike Shooting- Bike Racing Games
Be Ready to perform bike stunts and to shoot down the gangsters.
$7.99 ➞ kostenlos

New Princess DressUp 3D! Makover Games
Princess dress up makeover is the most beautiful dress up games in 2021.
$7.99 ➞ kostenlos