Giveaway of the day — PhotoStitcher 2.0 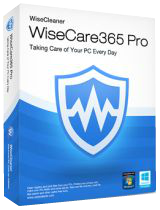 In keeping with so much that's depressing about trendiness in contemporary software, PhotoStitcher's GUI is determinedly funereal; users with even a slight impairment of visual acuity aren't going to be comfortable with the predominantly gray-on-black toolbar, even if the icons can be illuminated during work flow. Style has been put before substance, and substance is the loser.

By contrast, the GUI of Microsoft research Labs' Image Compositing Editor (ICE), fashionably dark though it may be, is cleverly thought out with clearly printed white-on-black text rather than icons. PhotoStitcher obviously aims for a minimalist display, so it's bizarre that so many functions are duplicated with a double helping of 'Help', 'About', 'and 'Auto Complete'. Although unnecessary icons relieve PhotoStitcher's gloom, no such confusing redundancy exists in the ICE GUI.

To add a selection of images to PhotoStitcher for merging in the program, click on the (thankfully) white plus icon to import. Drag 'n drop doesn't work particularly well; on test, PhotoStitcher failed to recognise alphanumeric file names and assembled the images out of sequence, whereas using the add button resulted in correct assembly. ICE managed drag 'n drop without muddle.

I dropped four Out Of Camera 8Mb per image Nikon shots into PhotoStitcher's black maw and, also, into ICE's rather more welcoming arms, mindful of the reality that especially where panoramic software is concerned, the end result is only as good as the source material. Don't expect miracles from low-res mobile phone shots.

PhotoStitcher's GUI stacked images vertically, counter-intuitive for any panorama software. ICE, by contrast, presented the images in lateral display. ICE also displayed image file names; PhotoStitcher didn't. ICE further allows the user to sort by file name or sort by EXIF. PhotoStitcher. . . doesn't. The result is that it's impossible, in PhotoStitcher, to see at a glance if images are correctly sequenced. The software itself can be left to disentangle the problem but as that only lengthens the time it spends in image processing, it's best to correctly sequence the images from the get-go.

I clicked on PhotoStitcher's now-illuminated green 'Stitch', chose 'Panorama' from the Mode options and changed 'Projection' from its default, and inexplicable, 'Spherical' to 'Mercator.' I'm well used to working with panoramic images but others may not be. The Help tutorial 'How to Stitch Photos to Panorama' doesn't, er, help with any of the terminology.

ICE at image import stage and before processing commences likewise offers a variety of options, though the range is considerably more comprehensive, including auto-detect (of camera motion), 'Simple Panorama' and 'Structured Panorama'. This latter yields a plethora of individual fine-tuning controls for a complex, stylised output which may or may not be required: it's the user's choice. 'PhotoStitcher' seemingly has no ambitions to similar flexibility.

Where ICE really triumphs though is in its 'Back' facility, because if you've made a mistake in processing or wish to change your mind before final image output, then you can safely back-track. PhotoStitcher offers no such 'Back' option. That's a killer omission.

Stitching time for the 32Mb total of four OOC images took twice as long with PhotoStitcher as it did with ICE. Both programs offer zoom controls, essential at this stage when image assessment is so crucial. Sadly, PhotoStitcher's is dreadful, an all-or-almost-nothing approach that ICE's incremental slider control puts to shame.

Inevitably, the usual black spoilers occurred in the panoramic image, signifying loss of visual information in alignment processing at the compositing stage. PhotoStitcher's Help tutorial is light on details here, but it's easy to manually adjust the proposed crop area using the handles provided, and preferable to the Auto Crop offered in the Edit options menu. ICE offers a similar choice.

I used PhotoStitcher's little pouring jug icon to Auto Complete. Teorex originally majored on content-aware software like InPaint, so it's handy that the algorithm is incorporated here. However: Microsoft Research Labs has moved firmly into Teorex's territory, so ICE now offers the same facility. As before, the difference in performance was noticeable: PhotoStitcher again took twice as long -- if not longer -- than ICE to auto complete. Comparison of the PhotoStitcher and ICE panoramas showed that in both cases, pixel proximity manipulation worked well.

(NOTE: this test was of the ability of both programs to create a horizontal panorama of a lake and surrounding mountains. The broad brush Auto complete in both had to contend only with upper and lower image areas of visual constancy -- sky, and water -- and right /left marginal areas of forested terrain. Auto Complete is OK as far as it goes, but that's actually not very far: it should never be used to in-fill spoilers adjacent to image areas populated with multiple, varying elements.)

Conclusion: source materials for both PhotoStitcher and ICE were jpeg images which by their very nature suffer quality loss when manipulated. Visually, this isn't readily apparent, but heavy manipulation, as in the case of panorama making, will likely produce noticeable degradation. Panorama software, then, needs to handle the compositing process with the utmost delicacy.

Verdict: In terms of usability, processing power, speed of performance and quality of output, the always-free Microsoft ICE comprehensively trounced the $20 PhotoStitcher.

Thanks, GOTD, and thanks, Teorex. I wish PhotoStitcher well, because healthy competition is good for every computer user, but on the basis of this test of a 4-shot horizontal panorama, PhotoStitcher has a heck of a lot of catching up to do before it can credibly compete with Microsoft's outstanding freeware.

Is it any better than Microsoft ICE?

Harry, thank you for your kind response. I do understand what GOTD is about. I am just too busy today, so I tried to ask someone who may know the differences already. Sorry if I offended you.

There is note of crashing and slow speed with this program....

If that is so, you should be aware of my personal go-to:
University of British Columbia's math dept's work in this field:
INFO: https://uilo.ubc.ca/autostitch

Just thought you'd like to know.
It says demo, but it's fully functional.

Given the previous post, I downloaded, setup - UNCHECKED launch - then hit the activation icon on the unzipped file, but was taken to the standard GOTD activated page ONLY.
AFTER that, launched the program, but-
NO licence key and NO indication (that I can find) that the software has been registered.
How can I confirm the software HAS been registered?
Thanks for any help.
I've used the previous version in the past and am looking forward to using 2.0.

Glenn Norman,
You can view it in Help -> About
Your program is activated.
You can check more in Registry Editor by going to this directory (it's also the tip: backup license)
HKEY_CURRENT_USER\SOFTWARE\Teorex\PhotoStitcher\Registration
Hope this will be useful!
Quach Phat Thang

I've had this on my PC for some time already, personally I like the dark theme..it saves on eyestrain as far as I'm concerned...you pays your money and takes your choice. I found it easy to use as well. A local Barber wanted some shots taken of the inside of the shop, so I stood in the middle of the shop, turned ina circle taking shots as I turned....here's the result http://imgur.com/a/xgxBJ ...

I got paid obviously...and got a bonus, free haircuts!