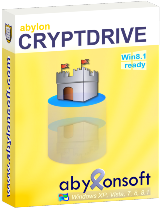 Link to the registration form would indeed be kewl. Where to register?

Yes... This version is identical top the one last offered in July of 2010 (same checksums).

No need to re-download if that last version is still working for you!

I know Paragon has some weird policies about tweaking their version numbers for the free/paid versions, but when I go to install this, it tells me it's Partition Manager 10.0 and asks if I want to modify/remove/etc the existing installation. (also from GOTD a while back)

I'm a bit leery about uninstalling my current version (10.0) on my system in case there are issues (or if this version is the same but something gets messed up), is this really the most recent version (11.0) being seen as "free" 10.0, or is this a repeat of the past GOTD?

#1: "is there any difference between this one and the previous giveaway from paragon: EASEUS Partition Master 7.0.1 Professional"

I've found 2 main differences in the more common partitioning scenarios -- by that I mean no GPT, RAID, Dynamic Volumes etc... 1) Paragon apps can usually function portably [see note 1], & 2) Paragon apps normally try to help out by making adjustments to the OS, e.g. make a copied system partition bootable, adding it to Windows boot menu etc., which is not always what you want. For that reason I have both installed & use whichever one better fits what I'm doing. Paragon also includes more add-on, maybe convenience features, like having Back-up functions in their Partition Manager, but I'm not sure everyone would include that when comparing partition capabilities/apps -- some prefer Acronis backups for example making an included backup feature irrelevant.

[Note 1: Paragon apps normally use 2 files, prgiso.dll & qtp-mt334.dll, that need to be copied or moved to the program folder (next to the app's .exe) from Windows' system folder to allow them to work as portable apps. *Sometimes* with different WinPE type environs it's also necessary to copy one or more Windows .dll files to that same program folder if/when that environ doesn't include them (e.g. msvcirt.dll). The chief limitation I've found is that AFAIK when running the app portably, no one's been able to get the drivers working to mount back up images to extract individual files, though everything else works properly.]

#4: "Does this allow creating bootable WinPE CD to partition drives without booting into Windows? Want to know before downloading cause I have limited bandwidth and the file size is large."

The GOTD version does not include their WinPE setup -- see previous Paragon offers on GOTD for lots of discussion on why. OTOH you don't need it -- see reboot.pro &/or 911cd.net &/or Microsoft's Windows AIK for info & tools to make IMHO better alternatives, e.g. I have a very small [<100 MB] bootable ISO with most network drivers etc., & it optionally uses 100+ portable apps, complete with start menus on a separate USB hard drive, including a V/Box win7 VM. That said, a WinPE-type environ is important when/if you want to move a lot of data because it's faster than the *nix alternatives included with Paragon apps, but working with partitions you're not always moving lots of data -- if you're not copying a partition or similar [i.e. not moving lots of data] the small, bootable Windows setups can be [& often are] overkill. [Or look at Acronis -- their non-WinPE boot discs can be much faster]

As far as the file size goes, you can 1) trim that down by getting rid of files like their boot disc creation stuff, 2) experiment with compression [e.g. the portableapps.com app compactor], &/or 3) look at storing/running it from an external disk/device -- by copying those files mentioned above into the program folder that you installed normally on an external drive/device, you can both run it normally in Windows or as a portable app.

#7: "... Partition management on your active partition is time consuming… and it needs to reboot into the partition tool so it can manipulate your OS data – scary stuff!"

FWIW, not really... You should of course always backup, & make sure you can restore a backup disk/partition image beforehand because stuff happens, but that should be part of your normal routine anyway, for the same reason. ;-)

*Before* adding a boot mgr of any sort, 1) use something like the Paragon disk backup wizard to backup your MBR, & 2) look at EasyBCD from NeoSmart because there's a good chance you don't Have to add a boot mgr in the 1st place.

#9: "... the only use of partitioning is to save files on local disks other than that which contains windows if windows had to be re-installed..."

Imagine for a moment that your PC's/laptop's hard drive had no folders -- Zero -- None -- every file just added to C:\ . Not only wouldn't Windows (or most software) run, but it would be near impossible to find anything. Partitions divide up disk space the same way folders do, for many of the same reasons.

That said, in many cases you really only *need* one partition per hard drive, & if you want to maybe make things harder on yourself, that's your choice. Personally I find win7 a bit of a hassle because of the way so many folders are protected -- using another partition [in my case the 1 XP's installed on] gets around those issues. I also find that backing up, defragging, error checking etc. all happen faster with apps on another partition, keeping the Windows' partitions smaller. And working with audio/video I have a lot of temporary or intermediate files -- again using a non-system partition makes it simpler, easier to keep track of & find those I'm after.

#14: "I have several freeware cloning and partitioning apps so I dont realy need another one. I use these apps very infrequently, only when a disc dies or I need to replace a small one with a larger one. I dont ‘slit up the space’, I add another disc! My main PC has two 320GB discs and a 500GB disc. So I dont need to partition any of them thanks."

Stuff like a GParted LiveCD & the free Acronis apps that often come with hard drives do work fine. OTOH I find the convenience of EASEUS & Paragon partition apps well worth the effort to install. For me it's also much simpler/easier to use 1 LiveXP boot disc or USB stick for most all work outside of Windows, & with portable versions of Paragon's apps available when I boot to LiveXP, that's a lot less to keep track of, not to mention less to remember & fewer CDs laying around my desk.

With smaller disks like you have there is much less need for extra partitioning -- you're absolutely right. However the sweet spot for buying hard drives right now is 1 - 2 TB... if you've ever done a lower level format, erased, or checked the disk surface on one of these larger drives you know the impractical aspects of huge. ;-) And the more space we have, the more we tend to accumulate & store -- sifting through thousands of files on a 1 TB+ partition is Not fun, especially when they're mixed in with hundreds of thousands of program files. And of course the more files you have to back up, the longer it takes & the more storage space required for archives -- why go through that when you don't have to? Windows changes at least monthly, your docs & projects maybe by the minute, but many apps are the same for years -- why back up an app that's the same? Stick it on another partition & you don't have to. [Incremental backups do the same thing, but they're slower -- I can probably do 3 or more full partition backups in the time it takes to do one incremental].

My experience of the two: Paragon vs Easeus is clear: I have had only one problem with Paragon, which was sorted easily. The Paragon interface is a bit clunkier but will do most things that Easeus will do. HOWEVER: Easeus software is NOT FAIL-SAFE. If it encounters a problem it will quit and leave your disk unreadable. Paragon appears to be less prone to this kind of error. I have had to use Paragon software to repair Easeus errors on several occasions. I will not use Easeus again - I will use Paragon again. Very simple.

Which is actually the last version we got from Paragon
- and it was very nice... It has back-up and rescue tools, partitioning and partition merging/resizing tools, boot management, etc.

The Easus one is very similar, and both work good.

Partition management on your active partition is time consuming... and it needs to reboot into the partition tool so it can manipulate your OS data - scary stuff!
and I accidently resized twice when I was messing with my partitions, and it ran through the processes twice ... doh!

So if you don't get the partitions the way you want them and have entered it as an operation - clear it out before adding another operation. Then when you have done the single (1) thing at a time, click the "Apply" button - you've been warned.

That being said, it rearranged my multi-boot C: drive twice non-stop without issue - good idea to do a backup just in case though.

This program has multi-boot management and will also add Operating Systems to your existing setup - I do believe that is handled by a little wizard style interface... from what I remember.

It's preferable to use the Partition Manager in "Disk View" mode for most other partitioning operations {rather than the "Express Mode" wizards} - The full picture of what you are doing is not well handled by the simple wizard style interface. Maybe it's just my personal preference, but I suggest you start there anyway.


and ye... Grab it if you missed it the last time!

Would You Rather for iMessage
Friends can only see what you have chosen after they have played the game.
$0.99 ➞ kostenlos

DEAD EYES
ead Eyes is a turn-based puzzle game in a grey foggy world being taken over by zombies.
$1.99 ➞ kostenlos

Spiik - Play with friends and family!
Spiik is a competitive and funny game of talking words from the theme and that starts with the lyrics of each round.
$2.49 ➞ kostenlos

One By One - Multilingual Word Search
A new relaxing word search game for all ages with 3 game modes in 16 different languages!
$1.49 ➞ kostenlos