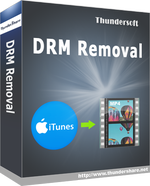 According to
http://www.partition-tool.com/easeus-partition-manager/history.htm
the major difference between this version and the previously given away version (5.5.1) is the support for GPT (http://en.wikipedia.org/wiki/GUID_Partition_Table).

Reddy Freddy: I've been using Paragon's extensively for the last five years, through all it's incarnations -- and I've been happy with it. When I installed the previous Easeus Partition Master, I was more than pleasantly surprised.

For me (Windows XP on a nice dual core Toshiba Satellite), it was dramatically faster at nearly everything, even loading. It also seemed to process my requests with far fewer hurdles. For example, Paragon's latest version won't touch my 1tb external hard drive -- it won't format it, partition it, nothing. Easeus did it in a snap.

So, despite Paragon being my long-time favorite, I now use Easeus first -- and Paragon as a backup.

In short, thanks GAOTD! I use partitioning programs regularly, and this I'd give a 9/10 to compared to an 8/10 for Paragon.

Most people should probably get this GOTD (assuming you have a compatible OS & 75MB of disk space to spare), whether you want/need to do partitioning or not, since the included partition recovery may save the day in the future. Yeah, it's there in the free version too, but if you have the space why not get the pro version from GOTD while you can? Otherwise EASEUS Partition Master Pro is easier to use than the free Gparted on Linux LiveCD ISOs you can download & burn to disc, & it's useful as a companion to the Paragon tools that have been on GOTD in the past... as you'll read in the EASEUS help docs/manuals, there are many situations/tasks where you can make a system un-bootable moving/copying partitions around -- Paragon software tends to step in & *fix* those issues for you, whether you want them to or not, EASEUS doesn't, often making it a better choice when you want to keep the system booting just like it is now on the drives/partitions it uses now. While there is [IMHO] a fairly obvious language barrier [along the lines of assuming you're more knowledgeable rather than less], EASEUS has a very large amount of info, instructions etc available on their site, including topics on Windows built-in disk management, along with active forums where they do respond to posts, while the Partition Master help file & pdf manual [included in setup] both start out with partitioning basics. If you do go to their site, some may find their free, 136 page e-book on Data Recovery useful [http://www.easeus.com/download.htm#ebook].

For all that data & info, I didn't see a comparison chart showing why you should update/upgrade if you already have Partition Master 5.5 [earlier on GOTD] already -- the closest I found was the slightly more complete feature list here: [http://www.partition-tool.com/easeus-partition-manager/]. Uninstalling old versions prior to installing the new leaves the old program folder in place containing a log file -- something you'll probably want to delete, though it won't cause any harm if you don't. The ISO file you can burn to create a bootable CD is in the ... \EASEUS\EASEUS Partition Master 6.0.1 Professional Edition\bin\ folder -- some don't like or have problems creating/burning the bootable rescue disc with Partition Master. The app itself takes up about 75MB as mentioned earlier [including that 30MB ISO you can delete once you burn], in 618 files, 48 folders, & adds 5 files to Windows' system folder.

You partition drives [i.e. hard drives + devices that mimic hard drives like USB sticks] for essentially the same reasons you create &/or use folders -- to organize files/data. A *usable* hard drive has at least one partition, & each partition is allotted or given some percentage of the total available space on the drive -- drive space that isn't *owned* by a partition may be called un-allocated [this is an important concept, since many operations will only work or proceed if the target disk space *isn't* already owned by an existing partition]. The most important thing about working with partitions on a working, Windows PC/laptop, is to backup & know how to restore, *including* backing up the 1st track of the boot drive called the MBR [Master Boot Record]... with a multi-boot system MBR backup is even more important.

Working with partitions usually involves re-sizing them [adding/subtracting drive space they *own*], adding a partition *after* you've made room by shrinking an existing partition, or removing a partition you no longer need, followed by growing an existing partition so you can use all available drive space. Windows 7 has made virtual hard drives more popular, & they often need partitioning too... simplified, to shrink a virtual drive, even a dynamically sized one, you reduce the size of the partition, then as needed copy that partition to a new, smaller-sized virtual drive [often a Windows VHD]. [If/when you use Paragon's virtualization apps, this is important because the image you create from a Windows install will have the same disk space allotted as the original partition... besides being more efficient, a (usually much) smaller virtual drive may be the only way to get within the size limits for Microsoft's Virtual PC.]

Whether you're working with physical or virtual drives, + the data &/or operating systems installed on them, it helps to combine backup imaging & partitioning in your strategies, since they overlap so much. Copying a partition gives you the same results as restoring a disk image backup, except new partition & file tables are written [this is handy if/when either is messed up, like when/if you replace a failing drive where the NTFS file tables store locations of bad segments on the old drive]. But, while it's faster because you skip a step, when you copy you don't have the backup archive to rely on if you have problems, & it's more restrictive -- you need to have sufficient, un-allocated hard drive space Partition Master for example can use as a target. Creating/restoring a backup image can be more flexible, work in more situations. Both will (re)create partitions, & both can work better [or may only work] if the target space isn't part of a partition already. These two approaches do away with the traditionally *Iffy* part of working with partitions -- moving [not copying -- not restoring] data... the only data moving you might want [rather than need] to do is if/when you defrag the drive 1st, since condensing all files/folders to the beginning of the partition makes everything more efficient.

#6 -- "Do Windows 7 still need the partition tools, since Windows itself has partition utility?"

My answers to that is yes! When I first brought my computer running Win 7 x64 I tried using windows to change the partition size of the system partition where win7 sits. Windows disk manager could do it but with limitations. It could not repartition beyond some hidden and "unmovable" files like the "hiberfil.sys" AND "pagefile" among others. There are ways around this but they are tedious and annoying.

Today's offer and Paragon software does this automatically.

Also I wanted to create non primary partitions using windows disk manager -- IT ONLY CREATES PRIMARY PARTITIONS!, unless you use "diskpart" at the command prompt.I needed to make logical extended partitions with drives in them. My system came with the maximum of 4 primary partitions and windows disk manager would not allow me to make the necessary changes due to that. So either it was to delete some partition, remake it as logical then create the drives or...you get the picture.

Easeus came to the rescure by moving all the hidden files automatically and allowing me to create the kinds of partition structure I wanted. Paragon also does it automatically.

So you can do this in windows but only with the diskpart utility and that is a hastle.

Hope this helps. Besides it costs nothing, and if you need it it'll be there. I missed the last time it was offere and purchased the 5.0.1 version. I have no regrets

So there are a

FYI, today's giveaway does NOT recognize my Kingston 4 gig flash drive formatted in Fat32. The same flash drive is readily recognized by other, older partition managers. This lack of recognition includes both EASEUS' installed software and the CD.

7 Minute Workout: Lose Weight
A quick, simple and effective way to get in shape and stay in shape.
$2.99 ➞ kostenlos

Stop the Fuzz
Put your reflexes to the test in this fast paced arcade adventure!
$0.99 ➞ kostenlos

The Mystery of the Crimson Manor
Discover and solve the surprising secret behind the mysterious crimson manor.
$0.99 ➞ kostenlos

Correlate - Symptoms Diary And Habits Tracker Pro
An essential tool for anyone who wants to understand symptoms causes.
$2.99 ➞ kostenlos