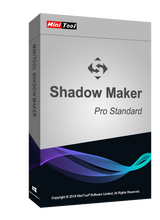 The Bad
* Needs improvement in output quality.
* No features to customize audio or add subtitles.

DVDs are complicated, & it's Extremely difficult to create DVD authoring software that's powerful [i.e. lots of features], flexible [i.e. you can customize everything], & easy to use... to my knowledge no one has succeeded in or with all 3, & I'm including software that costs several hundreds of dollars. Daniusoft looks like it's off to a promising start, but while Daniusoft DVD Creator is very usable, the interface needs work -- it's simply not intuitive. Personally I think some of that could be fixed by simply adding more menu &/or buttons to the main GUI window, but long story short, right now I can't see any compelling reasons anyone would want to use today's GOTD instead of the extensive competition.

You can get a good overview of what's available at videohelp.com -- I'm partial to Sony [they do have some decent bargains when a chain like Fry's has their apps on sale] but that's me, & there are several low-mid price range alternatives like apps from TMPGEnc that are quite popular. A couple of times Cyberlink has been giving away the older version of its DVD suite [includes PowerDVD], & Roxio has been running sales [$50 + MIR] on their Creator 2010 package which includes Sonic MyDVD & Videowave [Sonic is a Big name in DVD authoring]. While not the easiest app I've ever used, the free multiAVCHD does DVD, AVCHD, & Blur Ray. And while the app itself is a bit feature limited, the free DVDStyler is available in a portable version [portableapps.com].

On to Daniusoft DVD Creator itself, the app only need a couple of registry entries in the Daniusoft keys. It weighs in at ~57MB with 253 files, 31 folders. It includes the MainConcept mpg2 encoder which is a plus [that's what both Adobe & Sony use]. It has one small oversight/error, in that when in the settings menu, clicking the Help button next to the video std you'll be using [NTSC/PAL] brings up a country list --> select USA & it sets the std to PAL, which it shouldn't.

When you start Daniusoft DVD Creator you drag/drop or import your video in the left pane where Title clips are listed -- note that title video files/clips need to include audio [you really should be able to import title audio/video separately, but you can't]. Once you have at least one title clip in the list, right click the menu background or click the light-looking button on the left under the menu preview and you can change the background picture/video & import audio to go with it... you can import a still, video, or use a frame from a video file. Video DVDs are all mpg2, & in the end whatever you set up for the menu pages will be encoded to mpg2 video... if you want to use motion background(s), it makes sense to import less compressed avi files then since they're going to be re-encoded anyway, & that'll give you less quality loss.

Once you have your background in place [or use one of the templates], you can drag menu elements around, including *off the screen* to get rid of those you don't want... text for buttons & the title is editable once selected. Clicking the Map bar on the right of the program window shows you what you've added so far to your DVD -- you'll initially see your menu with video below it, & clicking video brings up the title menu page, which can be customized the same way as the main menu you just did -- from here you can add chapters to your video [right click or use the right button in the left-hand group under the preview window]. The preview button to the far right gives you an idea of what everything should look like & how it should work.

What to look for in a DVD authoring app.
1) You want to be able to customize your menu backgrounds, & you should ideally be able to design & place your own buttons, plus the highlights that show up when you select a button with the remote.

3) Ideally you should be able to include more than one audio track [even if multiple languages aren't needed, you may need to use stereo & 5.1 -- many PC software players don't handle 5.1], & subtitles are always good [you can add them later, but it's work]

4) While there are lots of features like *Stories* that can be nice, 2 of the most useful for the average home user IMHO are the ability to skip over parts of the video [without re-encoding], & play lists, which allow you to chain together several individual clips/titles... both can be nice for example if you use recorded TV shows or put together a version for children [without having 2 separate DVDs].

In case it helps anyone...
The size of a DVD mpg2 video file depends on frame rate, length, & amount of compression [controlled by setting the bit rate during/for mpeg2 encoding]. Audio bit rate & number of channels [2 vs.5.1] effects the size of that portion of the VOB files where DVDs store their audio/video/subs, though the audio bit rate is *usually* set to common practice standards by default in most all AC3 encoders. Players may/may not play non-std AC3 bit rates.

Though the peak DVD mpg2 bit rate is 9.5, using 9 is safer for all software & all players. The minimum bit rate is usually something very low around .120, & the average bit rate is what you most often alter to fit your video -- usually between 5 & 6, though you can go as low as 4.5 without things looking too obviously sub-par, & there's nothing that says you can't use 8 or 9... the higher the bit rate, the less compression, the higher the quality, the bigger the file. Around 6 will put the average 1.5 hr. video on a single-sided DVD. Around 4.5 will let you get around 2 hr. Any more than 2 hr, or if/when quality's important, use dual layer for anything over 1.45 hr. It's best when/if possible to encode your mpg2 video titles outside of any DVD authoring app, which should [if it's a good app] use the video as is, without re-encoding -- this is because DVD authoring apps normally focus on making DVDs, not encoding, & an encoder is included mainly because you need to encode your menus, complete with any button & title artwork to mpg2. There are of course exceptions, but that's the general rule of thumb. Because mpg2 is normally written to disk as it's encoded, you can usually get the current size of the file in Windows Explorer after hitting refresh. If you want to know if your compression is on track to fit your video on DVD, hit View -> Refresh just as the encoder says it's reached 5% [or whatever %]... plug that figure into Calculator, divide by 5 [or whatever %] & multiply by 100. If you really want to maximize your use of space, aim for slightly over capacity & use DVD Shrink, which will reduce it right to the limit -- as long as Shrink shows the new file will be within 90% or more, no one should notice. Where you use NTSC [North America etc], you can get reduce file size & time to encode by using a lower frame rate [fps]...

Film is shot at 24 fps, Many retail Blu Ray discs use it, & many camcorders let you use it too... many prefer the *Film Look*. But, NTSC is 29.976 fps. To make mpg2 24 [actually 23.976] work for DVDs [Blu Ray players work with 24 just fine] they add pulldown, which is basically instructions to repeat certain frames to get 29.976, which is what the file will say it is, & what it will play at. Encoding at 23.976 or 24, applying pulldown during encoding, your file will encode faster & take up less space. Often a video source or recording can have the extra, *repeating* frames removed [it's called Inverse Telecine or IVT for short].

The program isn't the greatest, but does convert and burn directly to DVD which is the only benefit I would say.

Wondershare is the owner of the domain for digitalsignatures and is in China. They also have the exact same program under a diff name.

This program is easy to use but doesn't have to many options than to just convert, choose your background which would include a custom pic and music, and...that's it.

The program froze a couple of times but didn't crash.

If you have best performance selected you probably won't be able to burn a movie to disk because it will not resize the movie or change the quality to fit the profile. I can only use standard and high quality.

I can't comment on the quality yet because it is still working....but my post probably will be deleted again so I just wasted more time :P

Not quite plain sailing today.

Activated and installed, as per the readme file, but the app doesn't show as registered [as far as I can see, anyway].

Under Help/Register, I am asked for Licensed e-mail and Registration code?

Camel Calculator!
It is, of course, fictitious data, so no guarantee is given for the correctness of the data.
$0.99 ➞ kostenlos

Fireworks Tap
This app was created for my infant son. Tap the screen and watch the fireworks explode!
$1.99 ➞ kostenlos

eXport-it client
This application is only the export-it UPnP client without the server.
$0.99 ➞ kostenlos

Mountain Climbing World
Climb to the highest mountain in the world.
$0.99 ➞ kostenlos