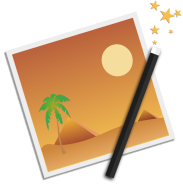 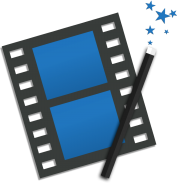 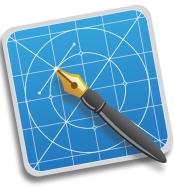 I have this, same version, since the last giveaway. I have used this only for splitting and merging documents, and for that it works wonderfully well. It is quick, produces small files, doesn't whine and still works after so many years. For my limited use this is an important tool.

Thanks for your offer with a license granted for lifetime. This is my first contact with your company, but hope it will not be the last one.

As I understand from the 3StepPDF description, the software has an OCR mechanism built in it, hence, my 2 questions:

1. What languages does that OCR recognize, or – if the list is fairly long and tedious to edit – is it capable of recognising texts in Polish? I’ll appreciate your reply.
2. Is my understanding correct that in a PDF with a text image inserted in it, the OCR will recognize characters in that image and "replace" graphics with genuine, editable text leaving the layout of the page untouched? This is at least what Adobe Acrobat Prof. can do with limited success..

Marek,
>"1. What languages does that OCR recognize, or – if the list is fairly long and tedious to edit – is it capable of recognising texts in Polish? I’ll appreciate your reply."

I'm not sure if will you will get a reply from the developer so I will tell you what I know about the program after installing and testing it.

For the first part (What languages does that OCR recognize), first, let me explain how OCR works in the briefest sense. It is not recognizing languages, but instead, recognizing letterforms of a typeface, including non-English common letters/characters (along with accent marks). So OCR programs can recognize some typefaces better than others. After the program has determined what it has determined is a valid character, then the language comes into play to form the output words. The language "presumed" to be in the source can influence how the OCR decyphers the character shapes, so it is important what language is "presumed" as well.

3StepPDF has a drop-down menu to select one of five languages, and they are the most common languages: deu, eng, fra, ita, spa. Even though Polish is not listed, you might get some characters recognized by using deu.

>2. Is my understanding correct that in a PDF with a text image inserted in it, the OCR will recognize characters in that image and "replace" graphics with genuine, editable text leaving the layout of the page untouched? This is at least what Adobe Acrobat Prof. can do with limited success.."

Your "understanding" is correct as far as "intent" goes, but most programs that have some OCR ability never get quiet there enough to satisfy customers. As you stated, even Adobe does not do a perfect job. 3stepPDF can extra text from PDF files and also graphic files alone. PDF files can have text and images. The text portions are easy since all the extraction program is doing is reading the text. For images it finds in a PDF file, it must resort to using its OCR capabilities.

As an example of 3StepPDF OCR capability from a graphic file, I used an image that is 4376x9904 pixels, an old document of the Centennial Celebration of Washington's birthday, Philadelphia, February 1832. This file is easily found and accessible from Wikicommons as "Centennial_celebration_of_Washington's_birth_day,_Philadelphia,_February_1832.png"

Magnified to screen width, the text is easy to read, however, the background paper is a light tan due to newsprint fading. The top of the page is torn, and I believe it contributed to what was used by 3StepPDf to form letters.

I am not sure how much of that is due to attempting to interpret the tear as text.

The original document following the heading is in two columns (a vertical line separates the two sides). 3StepPDF sees the document as one line at a time, so whatever is on the right side that is closest to where the left line started is considered a continuation of the text on the left. This means that the basic results will be confusing. In these cases, the user can edit the original graphics file to divide it into different parts, then use each part to see how well 3StepPDF can get to the actual text. Of course, if you are using a PDF file to start with, you would have to save the pages as images, edit/split up as needed, then proceed.

You will need to make your own decisions about whether the OCR is good enough for your needs.

As for the other functions of the program, they all seem to work flawlessly.

One other thing to know is that the version given away here has some nice features, including a lifetime license, but it is limited to personal use (not commercial). The developer's website lists a "Lite" edition, which is free, and an edition (without the Lite nomenclature) that does allow use for commercial purposes or updates. It is not clear if there are other limitations. Currently, the edition that allows commercial use is available for $4.99 on the developer's website. I thought I would make the purchase and see if there are noticeable differences. I received an e-mail with a new activation key to use. When I installed the purchased edition and then clicked on Activate, I get a small dialog stating 3StepPDF is activated. Thank you!

No matter if I install over the one already installed or do a full uninstall and search for all leftovers (using two different uninstaller programs (IObit Uninstaller and Ashampoo Uninstaller)) prior, when I install the purchased edition, it still does not allow me to enter the key I received, so I think I just lost $4.99.

I hope that helps.

Very simple software with some basic pdf tools. But as it is free and have a lifetime license, it is ok for me. Like video converters, the more i have the better... Thanks

Moving Story 3D
Solve the puzzles and move to the next step of the story.
$5.99 ➞ kostenlos

Next Time I'm Up Reminder
Next Time I’m Up Reminder uses your motion to alert you of your tasks when you get up and start moving.
$0.99 ➞ kostenlos

Pickup Lamp
The first to perfectly replicate the pickup light function in the APP.
$0.99 ➞ kostenlos

Rectangles PRO
Challenge people from all around the world in our new puzzle logic game Rectangles!
$1.99 ➞ kostenlos